Get up to 30% off scrubs and more | Access Discounts

Do Nurses Really Need Their BSN? 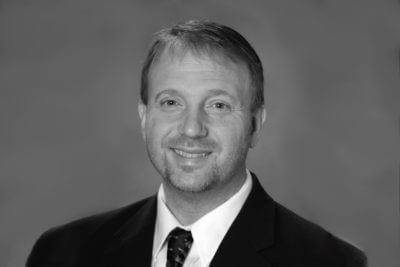 BSN is sweeping the nation… It’s definitely coming… Whether a state requires it or not, most hospitals are looking for RN’s with higher levels of education…

Do nurses really need their BSN in today’s healthcare landscape? Our Chief Nursing Officer Earl Dalton, who has over 20 years of acute hospital experience, gave a detailed explanation during a Reddit AMA (ask me anything) he hosted near the end of 2016.

The question was submitted as follows:

I’ll bite on “do you really need a BSN” to get a job in a hospital setting? I’m looking to swap careers to nursing sometime in the next couple of years, and with a husband and child and a mortgage, it seems to me like the most economical and quickest way to get a to RN would be to get a ADN at a community college. My plan would be to get a BSN while working. The ADN programs are so much cheaper than an accelerated program. It seems like it’s a bit region specific as to whether you can get a hospital job isn’t it? Thanks for doing the AMA! – aintnochickenwing

OK this one is a hot bed topic for nurses. I would say this: ADN programs produce some of the best nurses I have ever known and are a great way to get the fundamental foundations of nursing and an accelerated way to get in the workforce.

That said, the Institute of Medicine (IOM) released a landmark report on nursing in 2011 stating nursing will need a different skill set for the future than is delivered in the current ADN programs. You can read the IOM’s report by clicking here.

In today’s nursing landscape, the concepts of LEAN, Six SIGMA, research, and data analysis are all in play at the lowest levels. For example, the latest research shows that the new “normals” for vital signs will be the mean of your bell curve and one standard deviation from the mean will be an abnormal finding. This means that degree-prepared skill sets (and post graduate) are required for the direction medicine is headed.

If you look at the current global trends most, of the First World countries have moved to baccalaureate programs only and many US schools have eliminated ADN programs completely.

At this time, 40-plus states have declared coalitions to evolve their state to meet the IOM’s recommendations of BSN only nursing. My advice would be to get your education either way, but don’t stop until you have a BSN.

You can read Earl Dalton’s entire AMA on Reddit by clicking here. It’s loaded with useful insights and questions you may have about nursing, so do give it some time.

There’s already plenty of science behind the BSN compared to an ADN, too. Consider this from DailyNurse.com:

Research has shown that patient outcomes are better when the nurse treating the patient has an advanced degree. In a 2003 study published in JAMA, Linda H. Aiken and her colleagues found a 10% increase in the proportion of hospital staff nurses with baccalaureate degrees is associated with a 5% decline in patient mortality following common surgical procedures. A 2008 follow-up study published in the Journal of Nursing Administration confirmed that BSN-prepared nurses improve patient outcomes.

Find the Travel Job that’s Right for You

Interested in how the pay stacks up in other states not on this list? Our trusty Super Nurse sidekicks are standing by to answer any questions you have. Click below to get information on opportunities in other states!

Go To Job Board Now

How to Be the Best Travel Nurse For Your Recruiter

Why Do Travel Nurses Need Recruiters?

Thank you! Your submission has been received!
Oops! Something went wrong while submitting the form.